The Cinnamon Club is an Indian restaurant with a modern, innovative take on Indian food. Set in the historic Grade II listed former Westminster Library,  the restaurant walls are covered with books of all kinds. You can pluck whichever ones you like off the shelves and have a read. It can also be a great conversation starter – I found one which was a 1930s companion for girls which was fascinating! 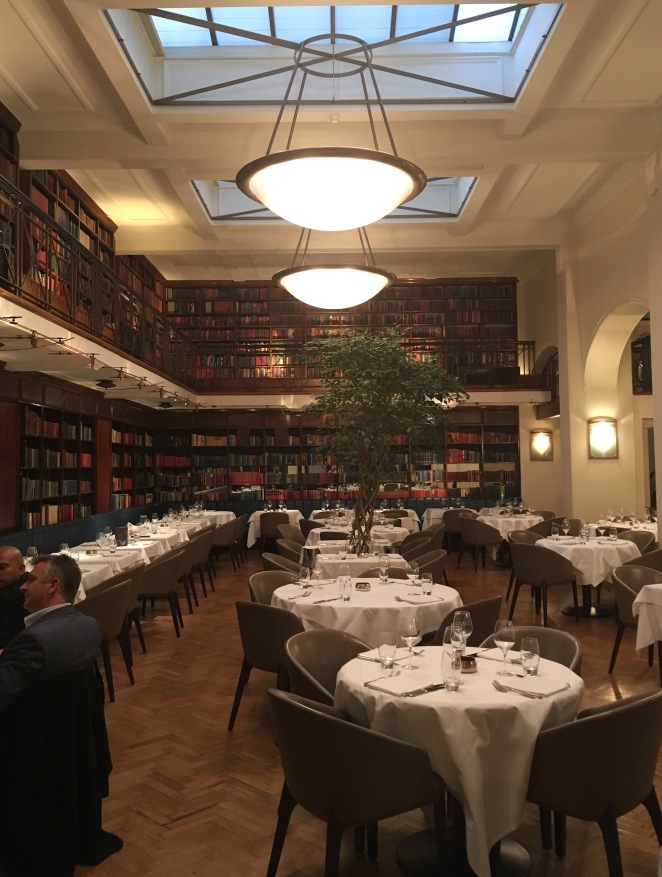 The Cinnamon Club has a huge variety of delicious, contemporary food on offer with extensive tasting menus (they are pricey) as well as more affordable lunch menus which I would highly recommend (3 courses for £31.50). You can check out the menus here.

For starters, we went for the Fenugreek scented tandoori cod and the Madras style stir fry of Herdwick lamb leg with shallot and coconut, layered paratha. I think the starters were my favourite – full of flavour. 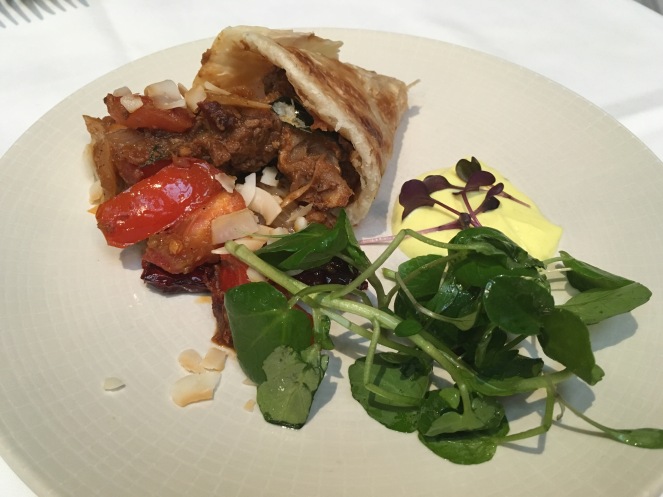 For mains, we went for the Murghi Jhol-Home style chicken curry with ghee rice and the Venison, prune and Juniperberry kofta with black lentils and pilau rice. I wasn’t a massive fan of the venison as I’m not sure the texture of the meat in a kofta worked but the chicken  was great! 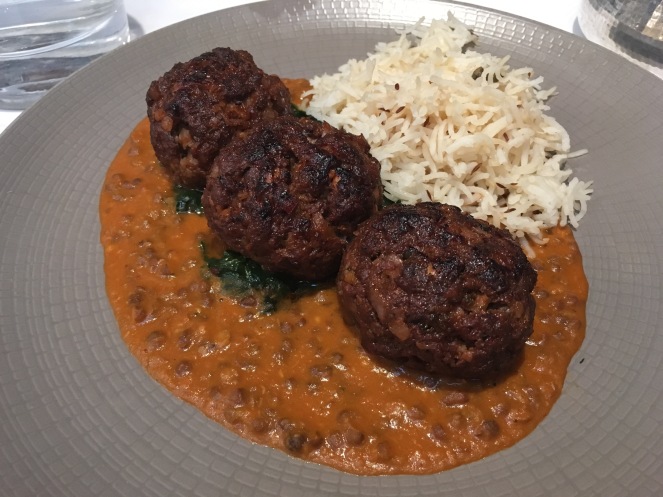 I must say that the desserts were amazing – we had the Saffron poached pear, tapioca and lime payasam and the Royal Punjabi Kulfi with honeycomb and pistachio crumble. Really unusual but flavoursome, with a  great mix of textures.

The service is also attentive and I was surprised to find that the restaurant does not add service charge to the bill and in fact asks guests not to leave a tip for individual members of the team. Instead you are encouraged to leave feedback about exceptional service which presumably leads to some bonus?!

Overall, I really like Cinnamon Club. The food speaks for itself and you never know who you might spot here – it’s a great place for people watching as it’s a common haunt for politicians and journalists alike, being so close to Parliament!