Hue, Vietnam’s former Royal Capital of the Nguyen emperors, and situated on the Perfume River, is a must-visit if you’re a history buff and want to learn more about Vietnam’s imperial past.

A day trip is doable (but very tiring) from Da Nang and Hoi An. This is what I did but if I had more time, I would’ve liked to have stayed here for at least one night so I could truly appreciate the sights at my own pace.

Our tour was booked through our hotel ($45pp) and took the whole day with about 3 hours each way for travel to and from Hoi An. It was still worth it in my opinion.

The tour included the Imperial Citadel which is a massive complex of buildings where the Emperor would have been based.  This also included the Forbidden Purple City (akin to China’s Forbidden City). Unfortunately, a lot of the Citadel was destroyed by American forces during the Vietnam War. Despite this, there is still lots to see. 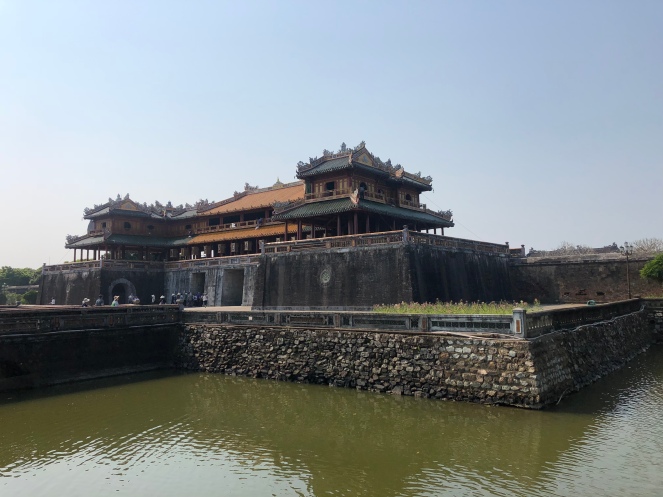 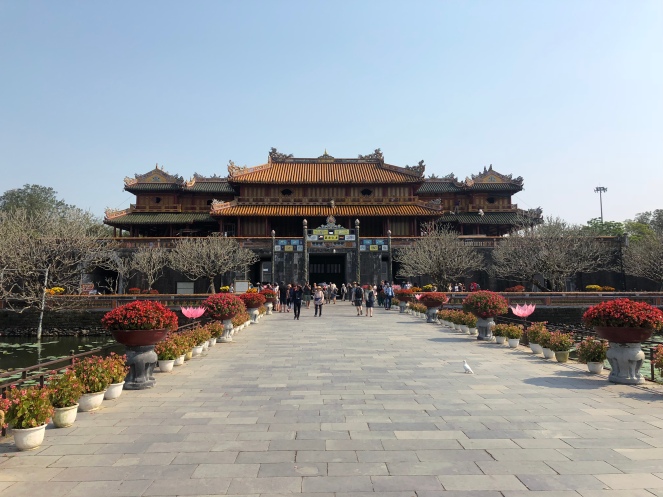 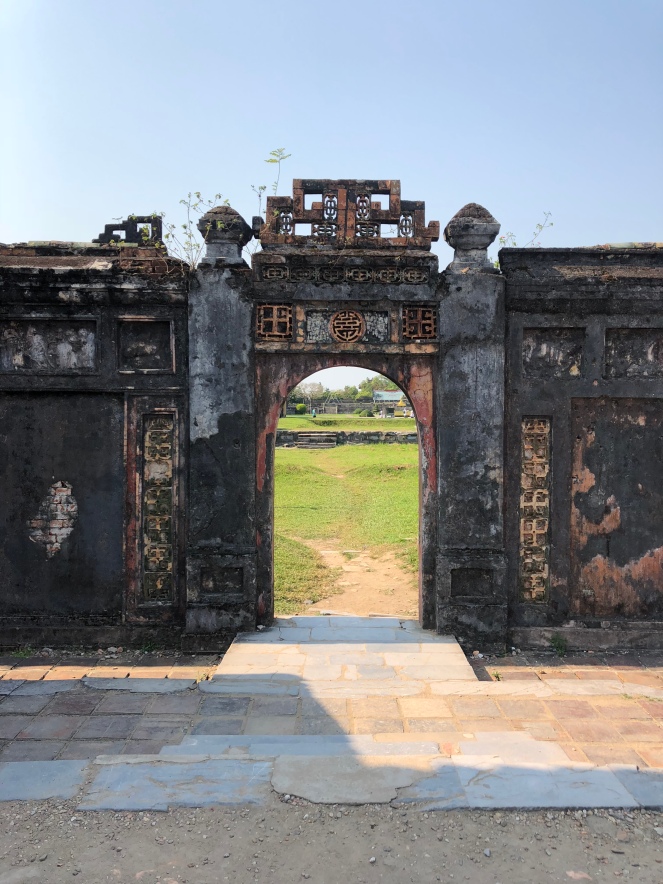 We also visited the Emperor Khai Dinh’s Tomb. There are several other imperial tombs of ancient emperors in Hue so you can take your pick (I’ve heard good things about Tu Duc’s tomb) depending on the length of your stay.

Khai Dinh’s tomb was pretty special with mesmerising interiors and exteriors. There was also a fantastic set of statutes that reminded me of the Terracotta Army. 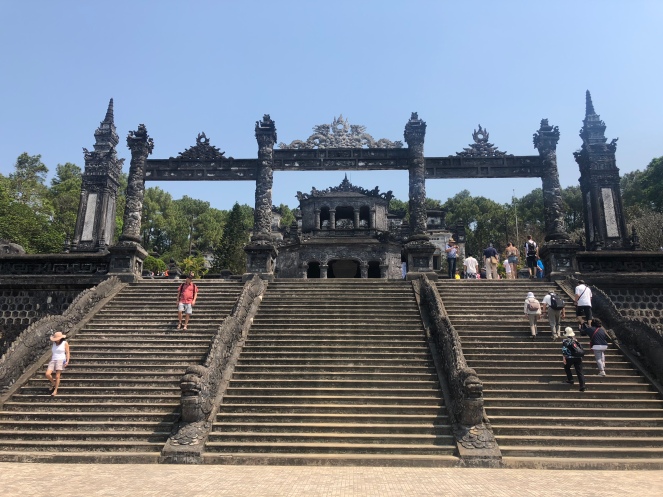 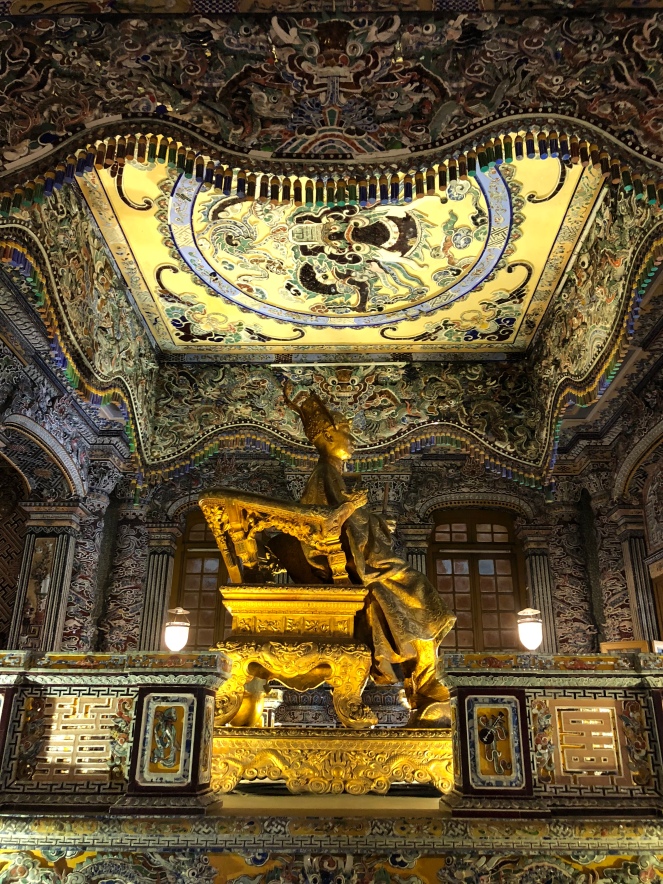 As part of the tour, we visited the Thien Mu Pagoda, overlooking the Perfume River. This is Hue’s largest pagoda and was built in 1601. It is the subject of many local folk rhymes and stories and is considered the unofficial symbol of Hue. You can also get a dragon boat ride along the Perfume River from here if interested.

For lunch, we stopped at Madame Thu which I would highly recommend – food was great!

On the whole, I really enjoyed spending time in Hue and would definitely recommend adding this to your itinerary. Going as part of a tour also means you don’t have to worry about the logistics so is a good option if you’re short on time.

Have you been to Hue? Let me know your thoughts!

One thought on “Hue, The Imperial City”